Don Farmer and Chris Curle have been in the news business -– television, radio and print — for a combined total of ninety-nine years, from the headline events and back rooms of world politics to the front lines of wars and social revolutions.

They met in a TV newsroom in Houston, Texas. She was a reporter/anchor at KTRK-TV, the ABC station there. He was there on assignment in his role as southern bureau chief for ABC News, based in Atlanta.

During this period, Chris covered international news for radio and print in Europe, Asia and the Middle East.

Don’s coverage abroad sent him to war and civil strife in Europe, the Middle East, Latin America and Asia, including Vietnam and Cambodia. He also covered the civil rights movement in the US, including Dr. Martin Luther King, Jr.’s historic movement, Dr. King’s assassination and the violent aftermath in several American cities.

He covered the unsuccessful presidential campaigns of several men named George — Wallace, McGovern and Romney — and one very successful George, the forty-first president.

For five years, Don covered the US House of Representatives and the US Senate as a congressional correspondent for ABC News.

When Ted Turner created CNN, he hired Chris and Don to be among that all-news network’s “pioneer” on-air news anchors. During their two-hour, live “Take Two” daily program on CNN, they interviewed thousands of interesting people, many of whom are world famous.

Some of their more memorable conversations were with presidents, prime ministers, first ladies, generals, ambassadors, potentates and celebrities in the worlds of sports, Hollywood and Broadway.

One of Don’s favorite assignments was his conversation with The Beatles, all four of them, after John Lennon had created a firestorm by remarking in 1966 that the Beatles were more popular than Jesus.

Chris’s career before CNN included anchoring newscasts and a live “magazine” show, on the ABC TV station in Washington DC, interviewing and reporting on the capital’s movers and shakers.

Don and Chris also anchored the news for the ABC TV station in Atlanta, WSB-TV, where their coverage included visits to such interesting places as Iceland, Honduras, Saudi Arabia, the Galapagos Islands, Africa and the fall of the Berlin Wall.

Chris and Don write columns for several newspapers in Atlanta and in Southwest Florida. They have been married for 41 years.

Don co-authored of Roomies: Tales From the Worlds of TV News and Sports, a book he wrote with his lifelong friend, the late, legendary sportscaster, Skip Caray. 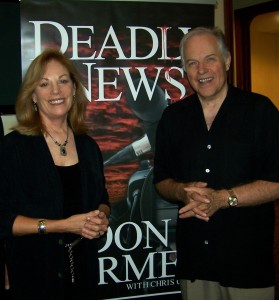 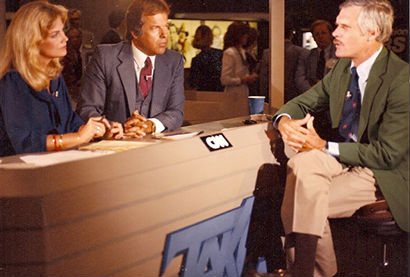 Chris and Don got to know their boss, Ted Turner, very well during their years at CNN, on and off the air. 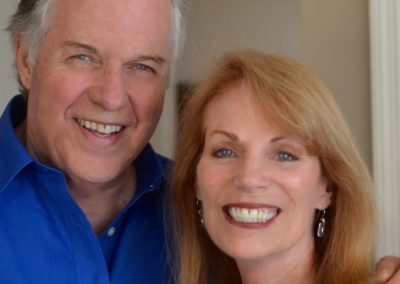